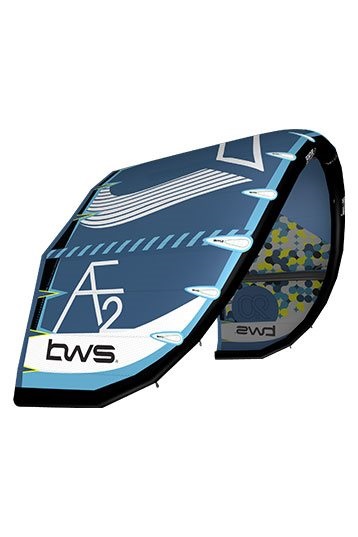 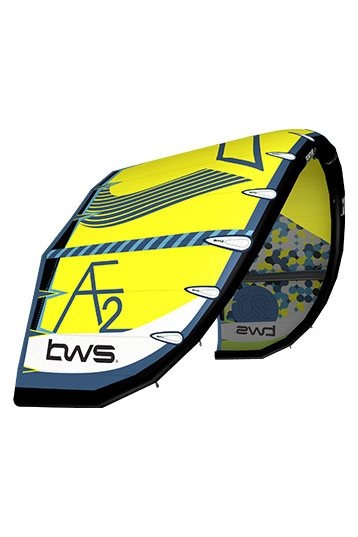 Tried and tested - Æ2 7 & 9m. So have had two decent sessions with the 9m in side off 2m swell down here in Sth Africa. The wind was blowing 12 knots and probably gusting 18, so an average of 14/16kn. And 3 or 4 sessions with 7m from 15/16 knots to 25 ish. The first thing you notice about these kites is the build quality. You pump the leading edge and they feel totally solid. The stitching is neat and the protectors, although minimal (I presume to keep the weight down) are all in the right places. The trailing edge has also been reinforced and the valves and connectors have velcro caps to protect against canopy chafing. It's a personal thing but I looooove the color scheme!
So, in the air. I'm going to start with mentioning the Blue Chip Bar. These kites perform better with this new bar. Tighter, crisper, cleaner and more accurate control is achieved, including better behavior in gusty wind. The kites are light, have excellent ‘park and surf’ drift and are easy to manage in all situations. They charge upwind better than most (combined with the Stallion better than ALL!) The water relaunch is second to none. The slightly curved leading edge (you'll notice this when parked on the beach) helps the kites off the water excellently. The kites can power turn and shoot across the window at high speed for carves or pivot on a dime for direction control when surfing. The low down grunt is punchy (but without the tractor pull) and when the wind picks up or becomes gusty the kites behave so well you don't really feel a need to downsize. Either let the bar out on the 'infinity throw' or bump the knob on the bar to lengthen the back lines. I've found I'm able to use one kite size smaller in low winds and one kite size larger in stronger winds. Huge wind range, precision control and excellent drift. Surf’s up! Well done everyone at BWS! Sterling job!

Looking forward to getting the 4.5m when it’s ready as most days are over 30 knots here in Cape Town!

Finally got a few hours on my AE2 8M after a month of no wind.

Conditions started off very light, about 13-15kts, but forecast to build through the afternoon to 25-30. Wind direction was typical NW which is about 70 degrees onshore. Waves were double to triple overhead and in full out of control mode.

I rode it with a small pimped bar, no depower and used the neutral pigtails on the steering lines.

Sitting o the beach, the first thing that jumps out is the leading edge sitting well off the sand. In the wind, the kite bounces a bit, but generally seems stable and didn’t threaten to self launch. A surfboard was enough weight to settle it while I rigged the lines.

Self launching was simple, very similar to the Aeneema, and it depowers fully after leaping into the air. In the lighter wind I could play around with the stall characteristics. Benign would be an understatement. Forced into a stall at the edge of the window and it lightly backs down without any abrupt stall.

On the water, the power comes on Dano Smooth (you can trademark that or just use it at the bar) and with a little less effort than its predecessor. I’m not going to label it “grunty” but I think Kiter’s used to a kite with a strong low end will have an easier time with this version.

Turning is fast and smooth as others have noted. Most obvious, in a hard turn, the AE2 shows none of the trailing edge flutter that I see on the AE. Faster, smoother and more efficient turns seem to be the result. It is a little more rigid in feel than the Ae. Very little wobble or jellyfishing in turbulence.

Drift is exactly what I have come to expect. Down the line on the rights the kite just floats out front and remains responsive even with very little line tension. With the wind direction I was able to drift it either facing onshore or offshore, at least for 30-50 yards at a stretch.

Going left on waves and into the wind the depower range was enough to allow surfing a double overhead wave even in 20-25kts without being tugged off the face.

The session finished out with gusts to around 30. I was pretty well lit, but not uncomfortable which gives this kite a ridiculous range of useful wind. I self landed behind my truck and the kite planted and stuck like I am used to.

Overall first impression is that it is a very nice refinement of the Ae. Nothing earth shattering about the changes, but subtle tuning in a number of ways that all come together well.

Are there any negatives?

Nothing really comes to mind. The leading edge sitting so far off the sand makes me a little nervous, but a few scoops of sand was all that it takes to settle it down.

The graphics are a bit busy for my taste. I’d like to see it dialed back a bit. The extra chevron strips on the struts is a little over the top. But that’s a matter of opinion. I like simple colors.